The first 3 days of September saw all eyes centered on the Perisher Terrain parks for the Australian Junior Freeride Championships. Looked forward to by many it is considered the premiere event on the Junior Freestyle calendar with the Australian Junior titles awarded to the winners of each event. Running across a three day period junior skiers & boarders competed in the Disciplines of Half-pipe, Slopestyle and Boarder-Cross. Competitors in ski & snowboard were split, based on their ages into 3 divisions; Rookie, Youth & Grom. With the assistance of Burton, Oakley, Skullcandy, Volkl  and in conjunction with Ski & Snowboard Australia the 3 day event was underway with the juniors ready to throw down day after day.

The opening of Australia’s only Half-pipe at the beginning of August gave riders a month full of preparation for the Australian Junior Freeride Series Half-pipe event. A competitor field filled with local, inter-state and international competitors descended on the half-pipe ready to go big to take home the titles. Riders put on a show, with the locals pitched against a strong display from the internationals.

Australia's only Half-Pipe primed & ready for the juniors

The skiers stepped up too with locals Oskar Shultz, Paisley Coulson, Georgia Jennings and Joey Ellis showing off lots of flare to take gold in their divisions. Victorian Gus Borersen scored a 90.00 to take the title for the Rookie boys.

Gus Borensen brought heaps of flare to his run

With a high level of riding across all divisions, ski & snowboard, male & female, riders laid it all on the line for their chance to be on the podium in Slopestyle on day 2 of competition.  The sun was shining and Leichhardt Terrain park played host to the Slopestyle Competition with the Perisher Parks terrain Parks team serving up an awesome set-up of jumps and rails for all divisions to show the judges what they’ve got.

Skiers put on a strong show with two planks with a technical array of spins and rail riding. Joey Elliss put down a switch 540 and cork 720 to take out the grom boys while Oskar Shultz scored in the 90s to take out the Youth boys. Japanese international Taiyo Kawai put his awesome rail riding on display to score a massive 98/100, taking gold in the Rookie boys. For the girls local lady Olivia Lawrenson linked a perfect switch 180 into a left 360 safety on the jumps to take the grom ladies. Bethani Townsend scored an 84/100 which was which was the top score in the Youth ladies, with Amelia Evans claiming the rookie title.

The Snowboard ladies saw Chelsee Kelly showed off a super stylish Backside 360 on the jumps to back up her win from the Half-pipe competition, while Paige Jones edged out her sister Tara for the top spot in the Youth Ladies similarly backing up her win in Half-pipe, with Steph Peterson also taking the win in both Half-pipe and Slopestyle for the rookies. Backing up wins in Slopestyle & half-pipe was Nico Bondi. Local boy Alex Brookes took the win in the Rookies while Jesse Parkinson took gold in the hotly contested youth boys division.

Boards were waxed and the Sun Valley Rider-Cross course was prepped and ready for the final day of competition.  A series of berms, jumps and rollers lay in front of Snowboarders who donned their fastest attire and equipment for the qualification round which then saw each division seeded into heats of 4 for the finals.

Once seeding was done high speed action began as we saw riders take to the course 4 at a time, where the Australian Junior Snowboard Cross Titles would be awarded to the fastest races of each division. Coming out on top in the ladies grom was Abbey Wilson, while on the boys side the title belonged to Kai Rennie. In the youth division Tara Jones took the win with William Melloh taking taking gold in the boys. The rookie division saw plenty of exciting moments. Stephanie Peterson completed the trifecta, taking gold in all 3 events while top qualifier Brayden Jelley also took the top spot for the boys.

We thank all involved for their participation in the 2018 Australian Junior Freeride Championships. A massive shout out to Burton, Skullcandy, Oakley and Volkl for their continued support.

We'll see you all next year when the titles will once again be up for grabs! See below for all results; 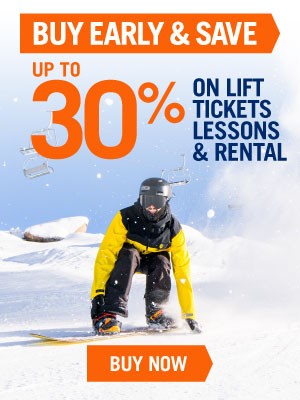