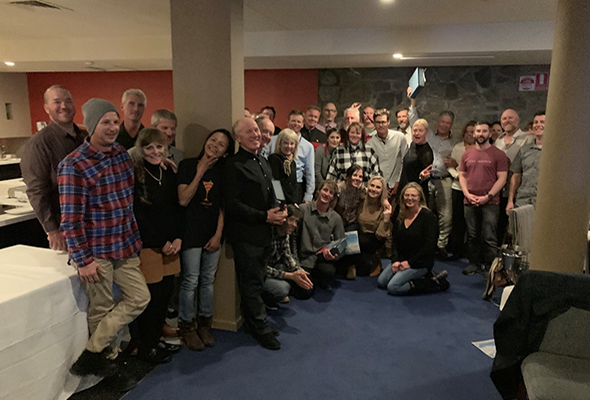 Award recipients on the night - representing over 800 years of service to Perisher!

On Wednesday 11 September Perisher held its annual Staff Service and Epic Service Awards dinner at Snow Gums Restaurant, Perisher Valley Hotel.
This great night is to recognise the service of our long-term staff as well as to announce the winner of the Perisher Epic Service Award for 2019.

2019 Service Award nominees and Service Awards Recipients– Finalists
The EPIC service award is our highest level of recognition for service and it’s awarded to those employees who go above and beyond, re-imagine service and embody our service mantra: “Own It. Personalize It. Elevate It”. This program recognizes individuals who provide an Experience of a Lifetime to our staff and guests.

Finalists for this year’s Epic Service Award were Sharon Pearce (HR); Benje Munce (Patrol) and Darren Tosh (Transport).  Sharon Pearce was announced as the winner!  Sharon will receive an all-expenses paid trip to one of Vail’s resorts to attend the annual awards ceremony in July 2020.  Earlier this season our EPIC service award winner from 2018 Don Peterson attended the ceremony in Whistler-Blackcomb, Canada, so I think it’s safe to say the upcoming awards will be somewhere just as picturesque.

Join us in congratulating Sharon, Benje and Darren for going above and beyond in their service to our staff and guests. Their nominations were as follows:

Benje Munce – Do Right- Epic Service Finalist 2019
A guest posted an awesome compliment on Facebook, about the assistance they had received from a Perisher Patroller while in the resort. The guest had faced a difficult day of skiing with their young autistic friend. After making it up the lift, the young girl became overwhelmed and was unable to continue down the hill unaided. Benje arrived on the scene and worked his magic in calming the girl and guiding her safety down the run.

Darran Tosh – Be Safe - Epic Service Finalist 2019
When a staff member was unwell and unable to get medical assistance on mountain. Darran (after a busy day at work) jumped in the car and drove him to Cooma hospital and then home again late in the night. A fellow staff member nominated Darran for his dedication to his staff and his willingness to consistently go above and beyond for others. 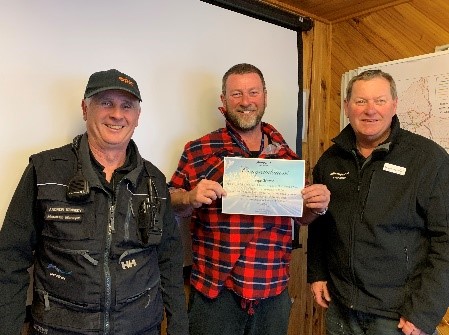 Benje Munce is congratulated by Michael Fearnside and Andrew Kennedy

A big thanks also to all our Snow Gums Restaurant staff for putting on such a great night with excellent food and service! 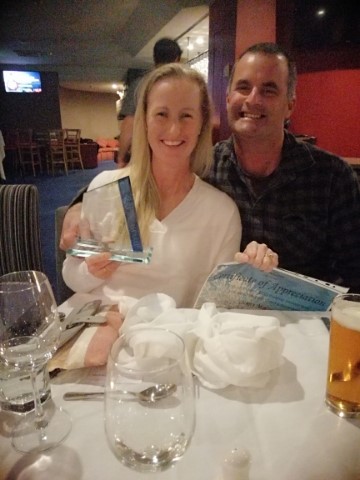 CHECK OUT THE VIDEO