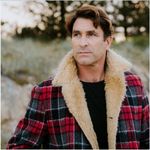 Multi-platinum selling Pete Murray has announced his first east coast headline tour in 3 years to celebrate the release of his new EP BEFORE I GO! Tickets on sale Tuesday 24th of May. BEFORE I GO was written and recorded before Covid-19 pandemic struck. As someone who normally takes their time recording, this EP is the companion to previous EP ‘The Night’ and was recorded over 2 years. Pete spent some of his time overseas song writing for the first time with other artists, which then turned in to a bit of back and forth perfecting them once he was back at his studio in Byron during the pandemic with writers based in both the US and UK. He also spent a lot of time with Garrett Kato at his studio in Byron Bay, who produced the EP. “Garrett gets a great warm sound which I love and he and I are great mates so it was a lot of fun working together.”

As all Ministry of Sound lovers can attest, the Reunion events are always 100% good vibes, thanks to a killer line-up, unbeatable soundtrack and a totally up-for-it crowd who relish the chance to relive the glory days when lifelong friendships were forged on the dancefloor. 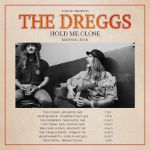 Having just completed a run of headline shows in most capital cities, that ended being some of our biggest shows to date and making it to the line-up of festivals that we had only dreamed of in the past such as Summersalt, Out of the Woods and Bassinthegrass.
We are stokedto announce, that we are heading out once again through July, August, and September, to the bigger towns and cities that we haven’t been to for a while.
We can’t wait to see you all again, and don’t forget to check on your mates occasionally. 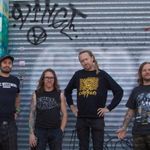 You might have had to do a bit of “pivoting” during this pandemic. A lot of people have. And here at Frenzal Rhomb it’s a fucken gymnastics tournament, and we’ve been manoeuvring around the hand vaulting horse, balance beam and trampolines and we’ve somersaulted into some new tour dates! Let’s hope we stick the landing. 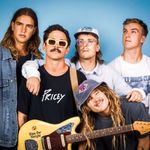 Can’t stop won’t stop. The almighty Tezzas are back on the road in support of their newest single ‘Waiting For You’. Fresh from their Hottest 100 debut and taking out the #1 Most Played Artist on triple J Unearthed for 2021, come see of yourself why the likes of triple j have said “you know you’re in for a good time with The Terrys” and why some frother at the pub said “The Terrys can’t do no wrong ever not even if there was a fire”. 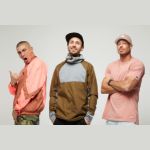 9 x ARIA nominated hip-hop giants Bliss n Eso are back with their highly anticipated, 7th studio album The Sun. Featuring tracks with Chillinit, Dizzee Rascal and Kasey Chambers, The Sun is the massive follow up to 2017’s critically-acclaimed ARIA #1 album Off The Grid, which featured their triple-platinum smash hit single ‘Moments (feat. Gavin James)’, which has amassed 60+ million streams across platforms and received the ARIA Award for Best Music Video. With their last three albums debuting at #1, selling close to half a million records in Australia alone, various prestigious awards and accolades, an unprecedented live presence and the most loyal fanbase in the country, Bliss n Eso return to the forefront with an album that nods to their biggest hits, with an entirely current sound. 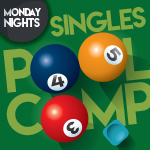 There's something very character-building about a pool comp. For two reasons:

(1) Pool is a funny one, in which talent seems to come out of thin-air. I mean, sure you were a novice when you were eleven, but somehow - about your eighteenth birthday - it all comes together and you are able to pull-off the near impossible on a pool table - with graceful and effortless ease (almost like it's somehow residual in your DNA) - to the complete and utter surprise of all around, just as-much as the participant. This of course gives the participant a great lesson in acting, as he or she must play-the-part of someone who has achieved nothing-more than what they had anticipated. And:

(2) It's almost a cliché - but the game of Pool is entirely built around confidence. And whilst we can't delve into the effects of alchohol on a platform such-as this - we CAN say that confidence is an amazing thing. Two types of people fail in a pool game, the under-confident and the over-confident. If you develop your confidence to a perfect level - through pool, skiing, snowboarding, talking to the opposite sex and eventually by playing the Singapore differential market - Then happy-days-are-here-to-stay my friend. 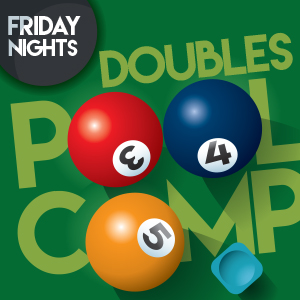 Exactly as we stated above, but you can bring a friend or partner to help bask in your respective glory.

We'll see you there!

Live Music - Every Saturday thanks to Jagermeister

Every Saturday night sit back and listen to live music from 7pm with different soloists and acoustic duo’s performing every week. It's totally free with no cover-charge! Or just come in anytime and sit by the fire and relax with some of our fine selection of Australian spirits.