The priorities of teenagers do not generally involve flying from country to country, being away from family and friends while training every day and competing against the world's best athletes; yet these are the priorities for the 2016 Silver Youth Olympic medal winners and Perisher athletes, Alex Dickson and Zali Offord.

We caught up with Alex after he finished a big day of competition, and Zali after she had the honour of carrying the Australian flag in the closing ceremony, to speak with them about their recent achievements in Lillehammer, Norway.

“I’ve always been on the snow, but I got into boarder cross in the last 3 years from watching my brother”, says Alex when asked about how he got into this sport. For Zali, being named after the great Zali Steggall, Australia’s first Olympic skiing medallist  was motivation in itself to get into the sport, and having the passion to try different things has now led her to her recent success in Ski Cross. 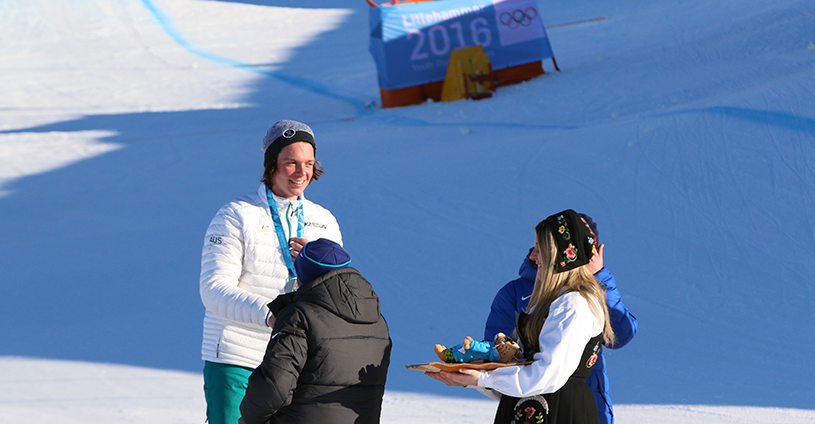 Boarder cross and ski cross are intensive and challenging sports, where each athlete is required to think and act fast, all while there are three other competitors with the aim to beat you to the bottom of the course. “It really is the case of the fastest and fittest competitor wins”, says Zali, who credits her Alpine racing background for her success.

“One of the advantages I have is that I have an Alpine background and still train in Alpine with Perisher’s Winter Sports Club, which helps me with my speed and strength. At the start gate everyone’s really pumped and as soon as the gates drop, it’s all go. Everyone wants to be the fastest and strongest person” says Zali.

The life of a Snowsports athlete is at times frantic, with competitions, training and travel consuming every minute of your day. “I was training and competing in Europe at the end of last year, then came home for Christmas which my parents were stoked about, and then went straight to Canada to compete before coming to Norway”, says Alex.

Zali has been in a similar headspace, “since November last year I’ve been in Europe training and competing with International teams, as well as the Australian team” she explains. Alex and Zali both train with Perisher’s Winter Sports Club which provides them with world class technical training and a variety of terrain to expand their skills. “We’re pretty lucky in that we have some amazing conditions in Perisher, some great coaches and we have a lot of great international athletes who we train with. Early morning training on Zali’s at Blue Cow is as good as any training day in Europe, which is pretty cool”, says Zali.

Perisher Winter Sports Club Snowboard Team Coach, Jason Clauscen, was in Lillehammer to support Alex to achieve his goal of standing on the podium after competing at the Youth Winter Olympic Games. Jason says that when he “first met Alex he had an aim and a goal, and that was to make Winter Youth Olympics and the podium”. 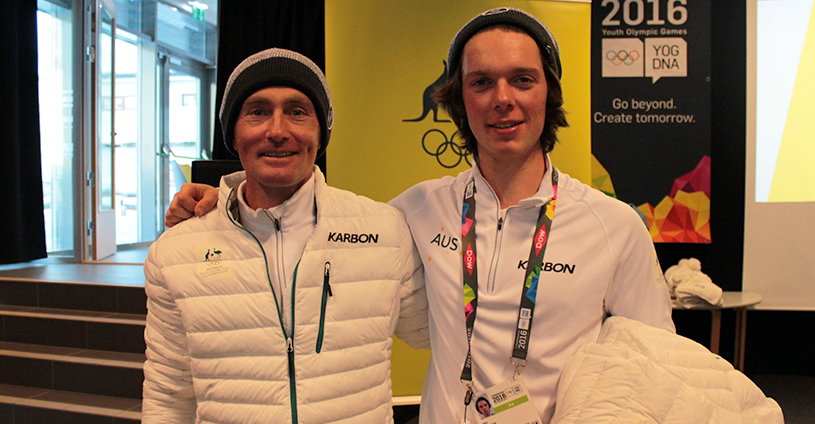 Jason said that he has now successfully worked 41 back-to-back winter seasons and before starting with Perisher’s Winter Sports Club, “came from a Snowboard instructing background where I was the technical director for the Australian Professional Snowsports Instructors (APSI).Together with head snowboard coach Chad Collier we’re building the Perisher Winter Sports Club snowboard program to support athletes like Alex the best we can”.

When we asked Jason about what it takes to be a successful Snowsports athlete, he said “Having the ability to continue to push and never give up. Alex was a prime example last year in the Australian Junior Championships at Perisher where he fell at the beginning of the run; but he got back up immediately and pushed hard and never gave up and won that race”

Resilience is something Zali also understands too well. Two weeks before the Youth Olympic Games in Lillehammer, Zali was competing in Switzerland and had an accident which resulted in no training for the two weeks leading up to the event, unsure if she was able to compete in Lillehammer at all.

Completing only two days of training before the Ski Cross event that saw her take home the silver medal, Zali says “I was completely focused on my recovery and getting the clear from the doctor. I’ve skied a lot this season and my whole life, and my Winter Sports Club coaches in Australia really helped me with both on-snow and dry training to make sure I’m really strong, so I was lucky in that sense that I was able to bounce back reasonable quickly”.

Both Alex and Zali have been exposed to world class coaches through Perisher’s Winter Sports Club, as well as Olympic level athletes from Australia and international teams.

“Sami Kennedy-Sim and Zali Steggal are two of the biggest idols for me” says Zali. “Zali Steggall provides me with so much advice and confidence, and toward the end of last year I was lucky enough to meet her. She said that while I was still young, it’s best to try everything and see what I liked. It was really amazing to meet her and know that I’m named after her”.

We also caught up with Zali Steggall and she said that “after meeting Zali last year at a presentation night, I have stayed in touch with her. She is a great strong skier with a lot of potential and I am really happy to give her some support and advice. She has great potential in both alpine racing and skier cross so it is really important for her to continue to develop her skiing skills and get experience in all types of racing to work out what she is best suited for and enjoys the most. She raced really well in the Youth Olympic Games skier cross and her silver medal was fantastic and a great reward for a lot of hard work.”

Following in his brother’s footsteps, who competed at the first Winter Youth Olympic Games in 2012, fellow Perisher Winter Sports Club athlete Cameron Waddell competed against the best athletes from around the world in ski Slopestyle and Half Pipe. After two big days of competition, Cameron has come home with a top 10 result, of which Perisher and his support team couldn’t be more proud.

Alex, Cameron and Zali will continue training and competing for the remainder of the 2016 Northern Hemisphere winter season, and we look forward to seeing them training at Perisher again in the upcoming winter.